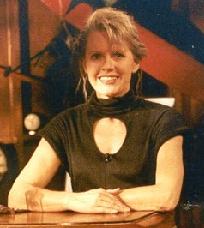 Estelle Condra has had a diverse career in theatre arts on three continents, including work in South Africa, England, and the United states. After completing her drama studies in South Africa and England she worked for a variety of acting companies portraying roles such as Antigone, Medea, and Joan of Arc.

She enhanced her acting career with teaching, writing and speaking. She owned and operated speech and drama schools both in South Africa and the United States.

After marrying and moving to the States in 1973 she translated numerous African stories and folklore and adapted them for the stage. In Nashville Tennessee she became a member of actor’s equity and performed professionally for the Nashville Children’s Theatre and Tennessee Repertory Theatre. As her sight deteriorated she moved to solo theatre performances as an artist in residence for organizations such as the Nashville Institute for the Arts in conjunction with the Lincoln Center Institute for the Arts and many others throughout the country.

In early 2006 Estelle started her own publishing company, Inclusive Books, LLC, “Stories about extraordinary children doing ordinary things.” She purchased the rights to her first book, See the Ocean, which is now available from Inclusive Books in its fifth edition.

Today she is known as a keynote performance artist as she travels from banquet hall to theatre stage. She is a sought-after keynoter with her inspirational and humorous one-woman shows. She has been described as a “powerful pack of creative dynamite ready to explode.”

Estelle is blind due to a hereditary disease known as Retinitis Pigmentosa. The threads of losing her sight gradually over many years are woven throughout much of her later work. She brings a unique perspective to creative problem solving and everything else she does, and she does a lot!

In 2011, Estelle received Tennessee’s highest award in the arts, the Governor’s Distinguished arts award, which was presented to her by Governor Bill Haslam in early April.